The theme of this year is a short-stay lodge,  whereas students can opt one of 3 sites as their challenging climates. The main objective was to focus on thermal environments and its relation to the wind flow and humidity profiles. The approach was to enable students to effectively use the Ladybug (grasshopper tool on Rhino-3D) to deeply understand and conduct a climate analysis, then find the best passive design techniques that match the climate, ending up with validating their design proposal FowDesignr. 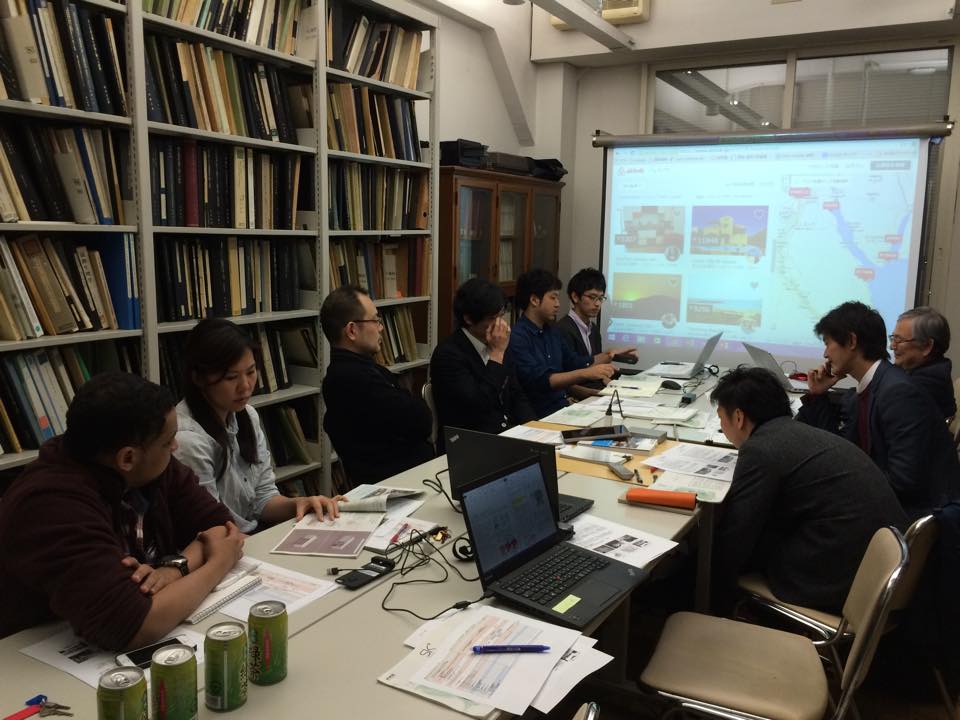 Prof Mae, the visiting advisors, and TAs are formulating the studio program 3-months before its kickoff

Challenging climates are meant to e divers in order to show students how design is highly influenced by the climatic features. The climates are for Finland (cold), Sudan (hot-arid) and Thailand (warm-humid), this where our tutors are originally from, hence, they can provide great insight and convey conventional passive design techniques to the students. Some students, form Master degree, decided to work in Japanese cities, and in fact, they aimed to enhance some of the well-known residential projects designed by profound Japanese architects, or even, their own parents home! 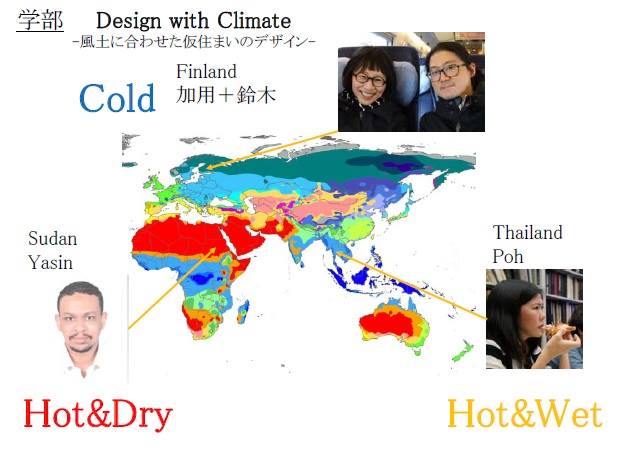 However, prior to starting the climate analysis using ladybug we used the Meteonorm software to generate the weather data that is not available for many cities, specifically in Thailand and Sudan. 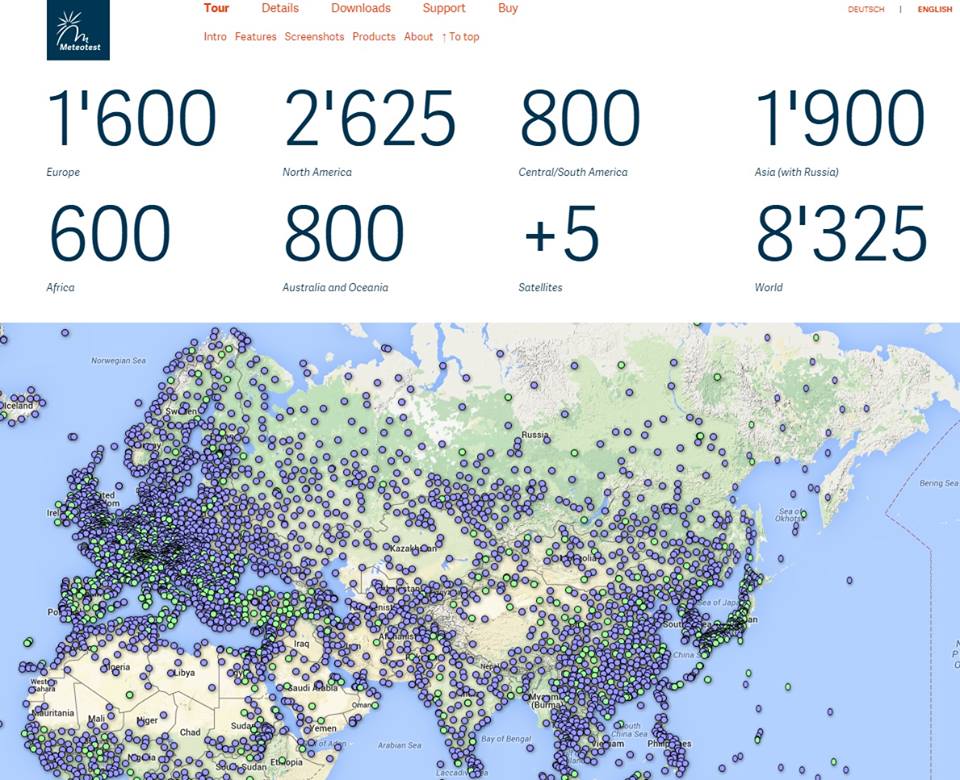 The weather data available on Meteonorm

The climate and conventional passive design practice have been the inspirational base for students to formulate their climate-responsive designs. For Example, in Sudan-Khartoum climate, the following points were central to students, and later, it shaped – to a great extent- their proposed environmental solutions.

1- About the proportions of the room, namely, the height of the ceiling, it is important to consider that roof is the main source of heat radiation. Plus the fact of providing more of the phenomenon known as “stratification of air temperature”.
2- Sun-path and seasons: for a Tropical location, such as Khartoum, it is important to identify the seasons periods, since the sun becomes vertical on the roof in a day other than the well known Summer Solstice day, and on that day it becomes more powerful. Hence, seasons were the maximum cooling load are to be well identified.
3- Since it is very common for people to migrate between the closed, semi-closed, and Open spaces, seeking for comfort, it is important to consider the diversity of the structure thermal capacities, i.e opened, lightweight and high mass. It is to note that the usage of spaces (occupancy schedule) is dictated by their thermal performance. That is to say, the climate has provoked the lifestyle.
4-In addition, the strategy of using the rooms were heat is partially acceptable e.g. Staircase, stores, toilets etc.. as buffer zones and so on. One of the well-known examples is the “Parekh House” by Charles Correa.
5- As a continuation to the last two point, the people tend to stay on outdoor once the sun is down, it is basically to escape from the mass that stored huge amount of heat and start radiating it. in addition, it makes use of ” Night radiation to the sky” which reaches its maximum in clear sky conditions. 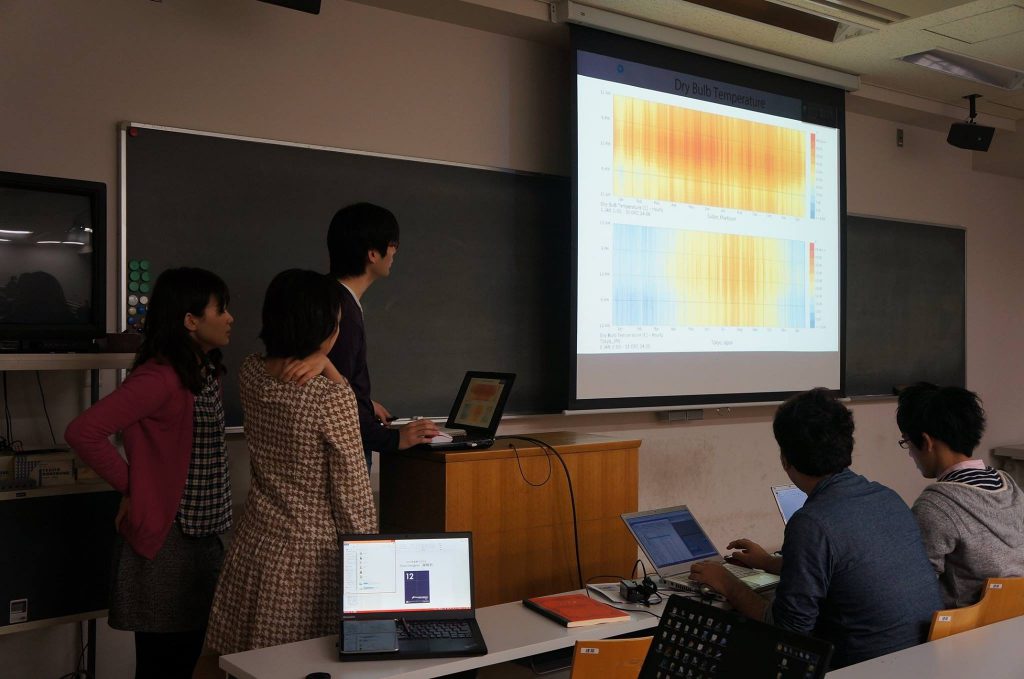 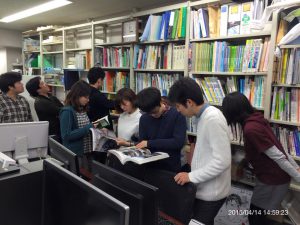 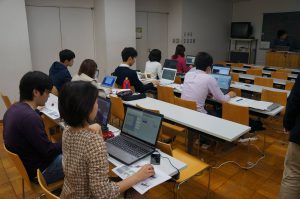 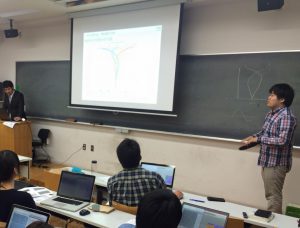 The stabilty of ground temperature is demonstrated by Mr Fukanoke, it is important for students who thought about rammed earth and thermal mass concepts 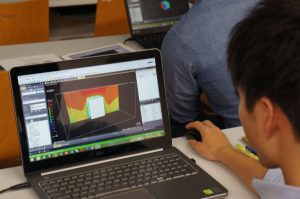 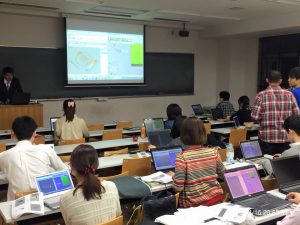 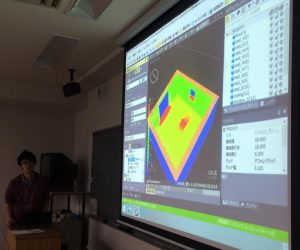 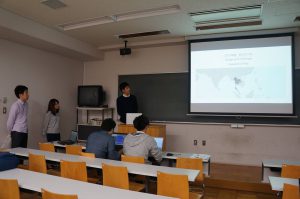 Students showing what they found intersting about Thialand 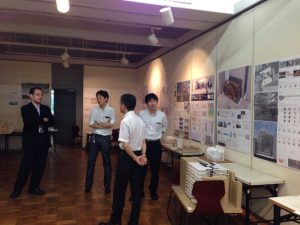 Projects on display for final crit We also invite you to have a glance at the students final work…. they did a greta job 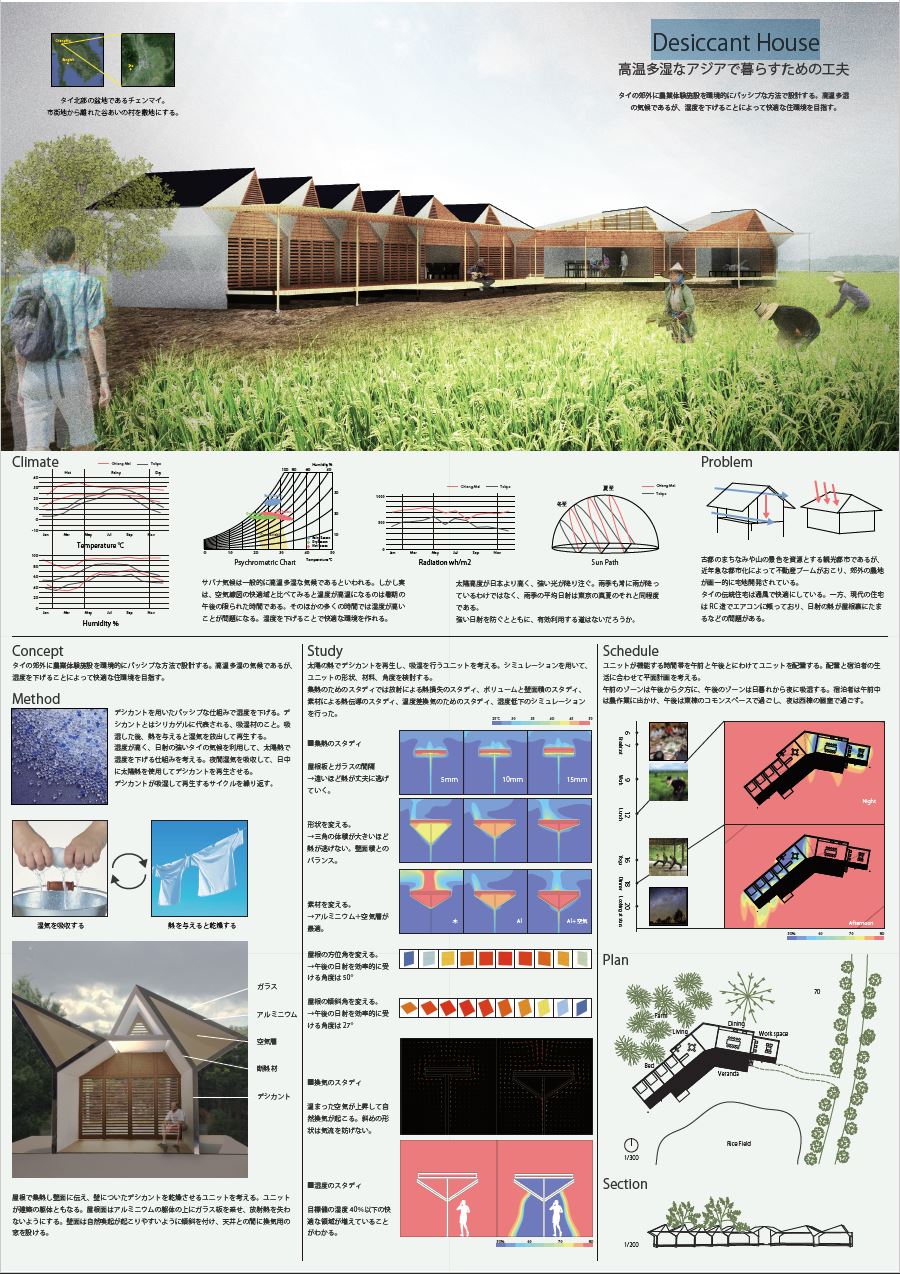 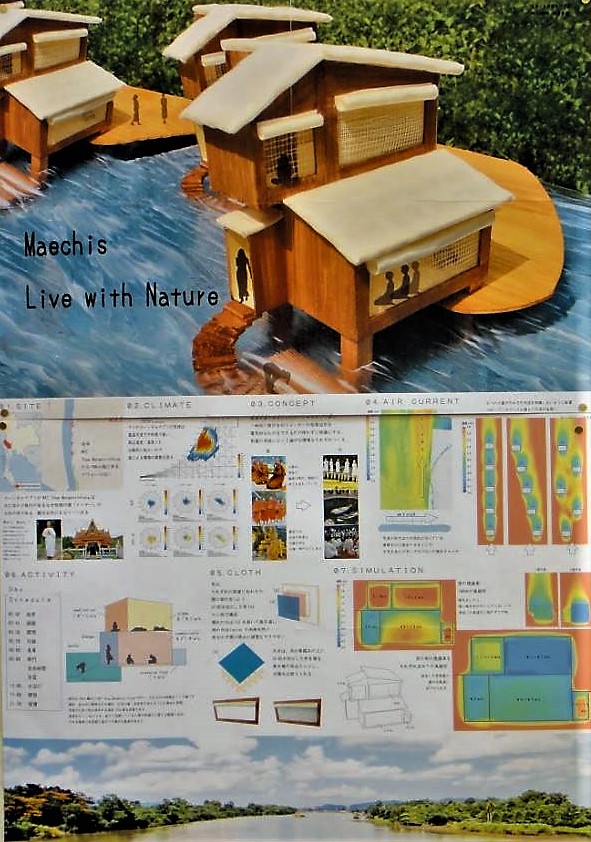 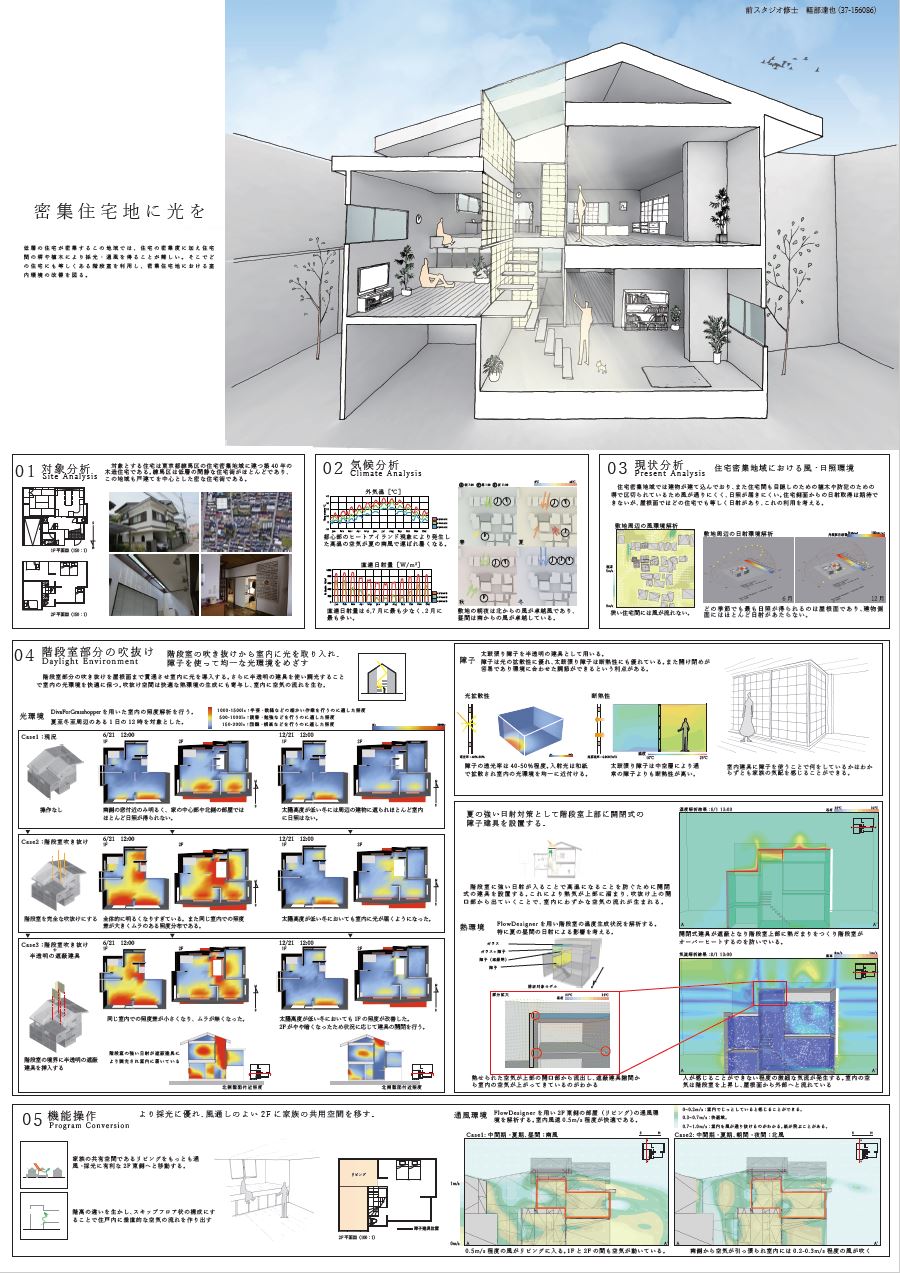 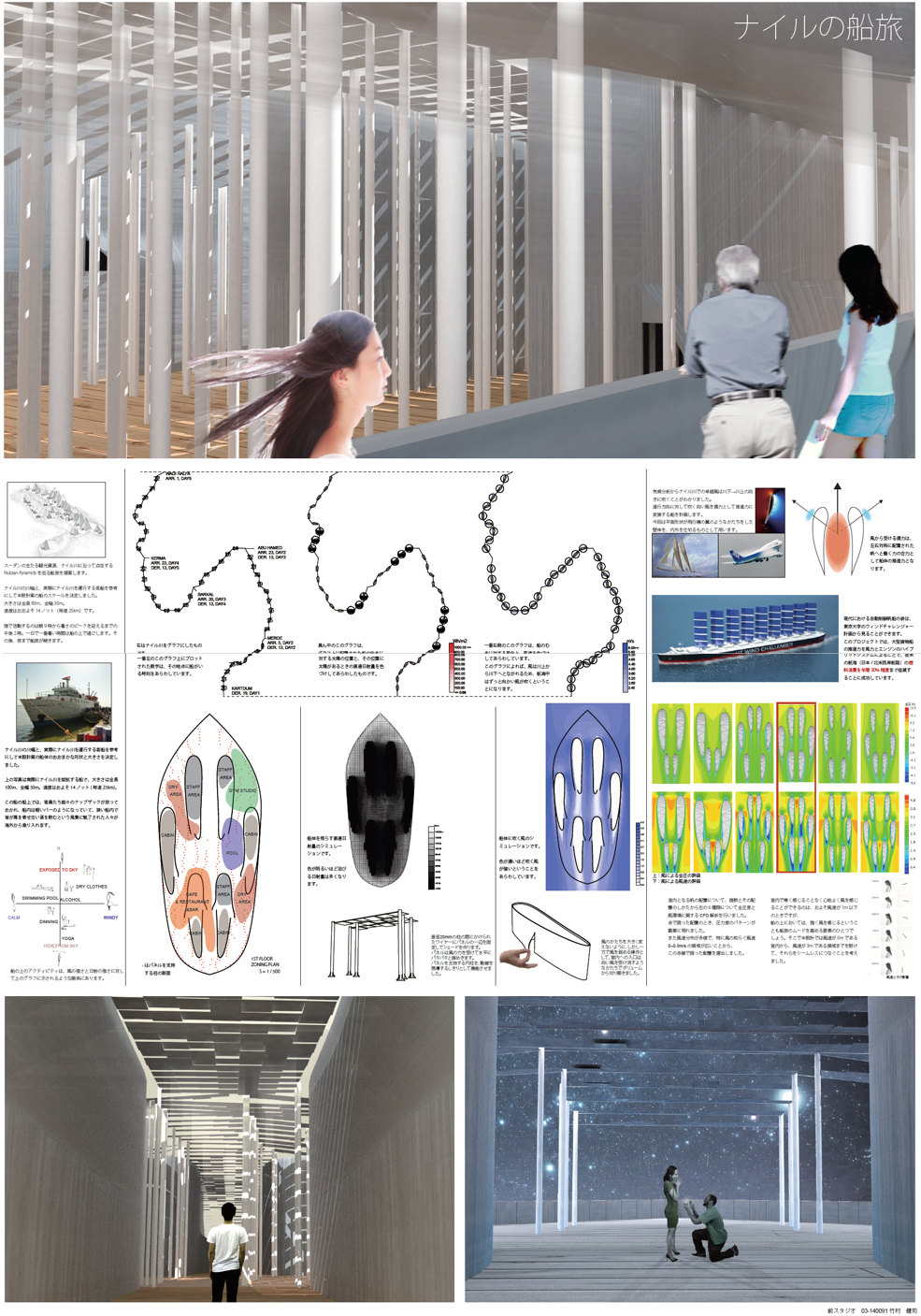 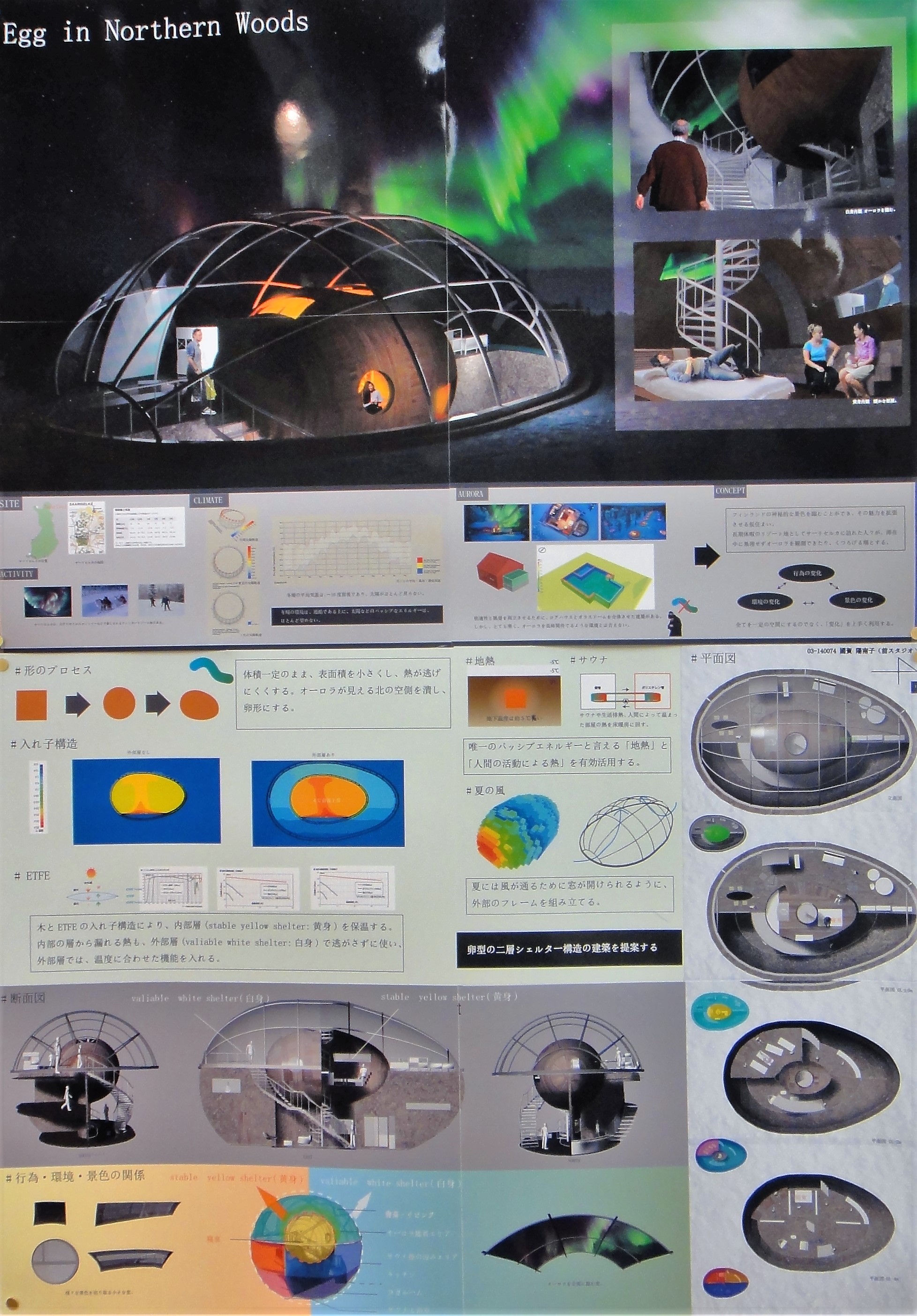 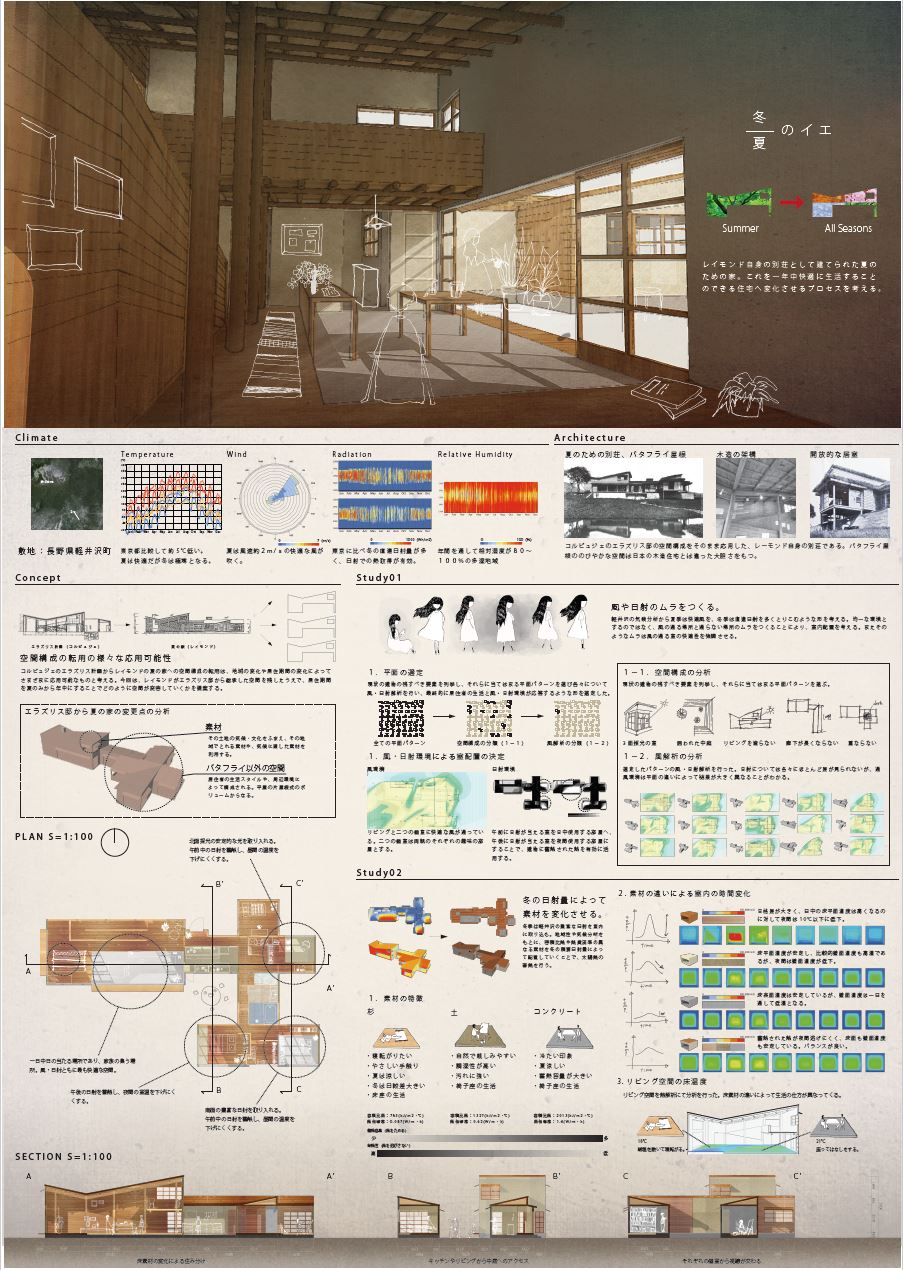 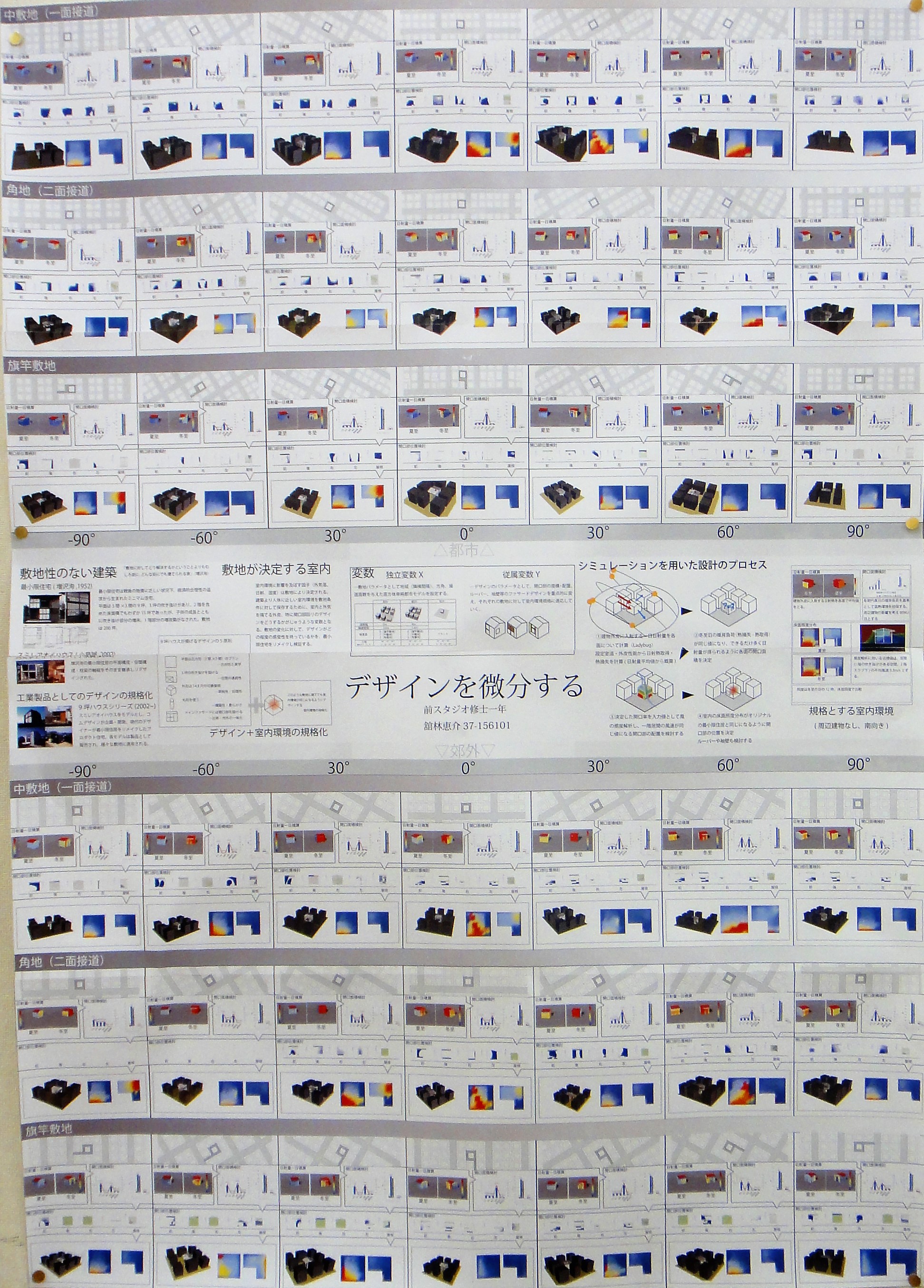 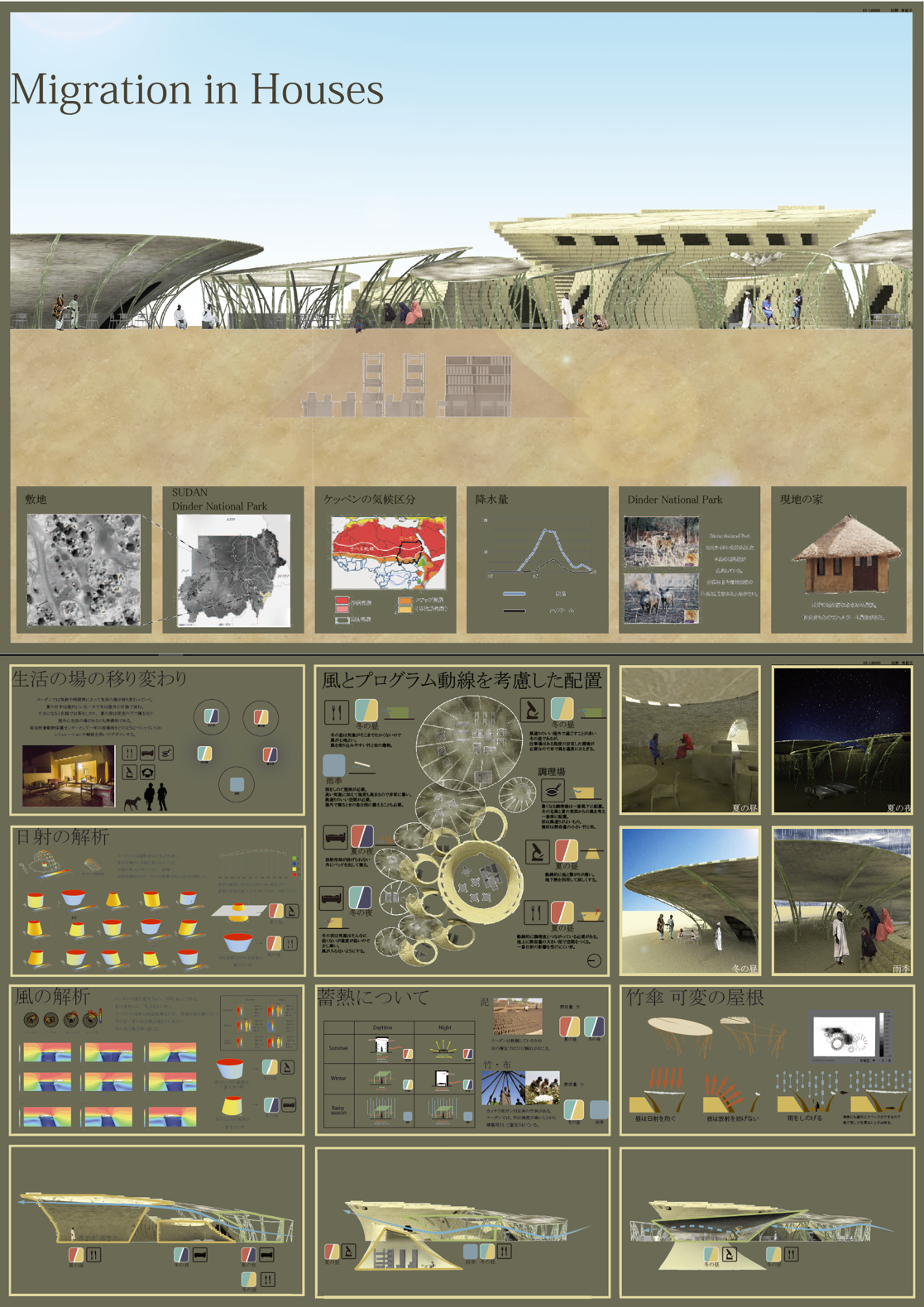